Lync Server 2013 adds features and tools to the previous release that enhance the flexibility and reliability of this unified communication solution.

In the hybrid voice scenario our domain users are enabled to register with Lync Online while all the telephony services are granted by the Enterprise Voice of Lync on-premises. Such a design is made possible by the new Cloud offers from Microsoft (Office 365).

The cornerstone of the solution is that signaling and media data streams have been optimized (as we will see later) so that we have:

Signaling sets up the call (passing information like called and caller numbers to the devices) while media is responsible to actually move the voice traffic.

Lync 2010 had rigid limitations for the hybrid solution (for example we had to split our users on two different domains, one for the on-premises users and one for the online users).

In Lync 2013 this kind of requirement has been removed.

An hybrid voice design will look like the one in the next figure (we will explain the different servers and roles required in a dedicated paragraph). 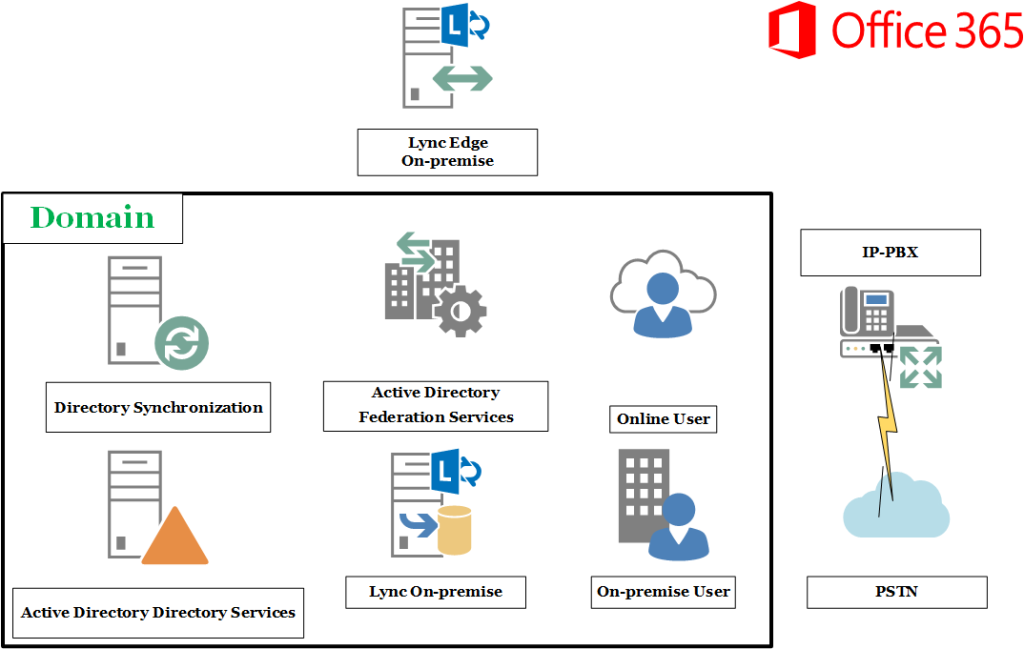 An infrastructure like this will accelerate the adoption of Lync in the company with a large part of the workload delegated to the external Lync service.

As we said before, what we still have to provide with hybrid voice is the Enterprise Voice (including VOIP and integration with the Public Switched Telephone Network).

There are many parts in the design of an hybrid voice solution for Lync to be considered in order to fully understand the impact of this solution and use it to the fullest.

Lync 2013 on-premises will be installed on servers joined to our domain (with the exclusion of the Lync Edge). We will use Active Directory Synchronization to maintain users correspondence between the on-premises and online environment. The Federation services will be used to authenticate domain users on Lync Online.

As a side note, we have the capability to integrate the Lync experience with other applications such as Office 365 Exchange Online and SharePoint Online.

The on-premises components required (in addition to the Lync Online services delivered from an online tenant) are the ones shown in the above image:

“Planning for Lync Server 2013 Hybrid Deployments”
Various kinds of distribution are supported for the Lync on-premises (see “topology requirements” in the aforementioned TechNet article).
We will considered a scenario with an Edge and a “next hop” based on Lync 2013.

As shown in the next image, the initial phase of access to Lync (recording) for an online user consists of four steps:

Note that all traffic of this phase is the type signaling. 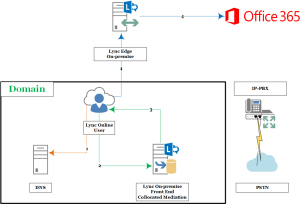 In case of an incoming call from the PSTN, there is a clear distinction between the signaling and the media data streams (whit the second more expensive for bandwidth consumption).

The diagrams will represent the signaling traffic in green, and the media traffic in red. 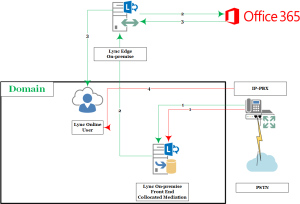 In the case of an outgoing call to the PSTN, there is (again) a clear distinction between the signaling and the media data streams

The diagrams will represent the signaling traffic in green, and the media traffic in red. 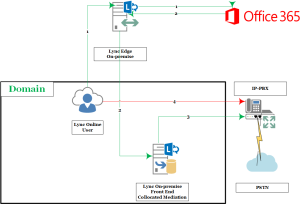 The described mechanisms applies also to the voice calls between the different kind of Lync users in our company (online and on-premises), with the target to get the best quality and the lowest cost.

As said earlier, hybrid voice is an instrument that can solve various problems and scenarios, and proper design can make it an important solution. 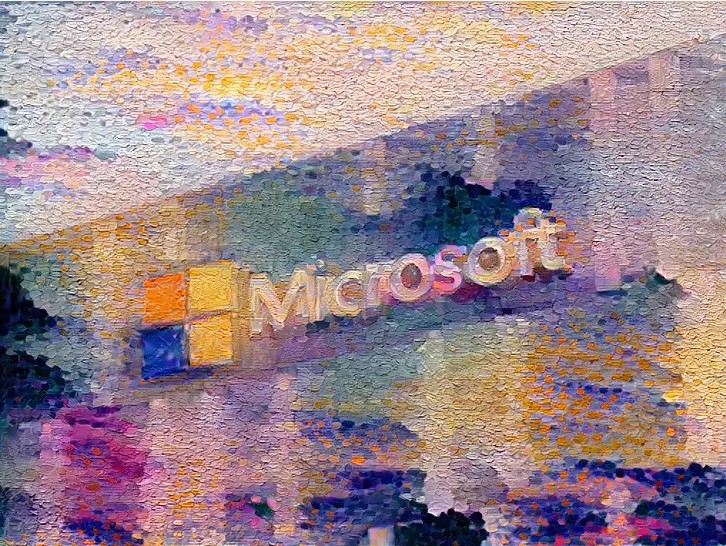