High availability is something that companies do not take for granted, they take it as given (especially when we talk about telephony). While Lync 2010 did a good work on this critical aspect there were still some weak points on the architecture when there was the need for a really continuous service. For example the mechanism behind the “backup registrar” implementation was really a limit and, for the Enterprise Front End deployments, the need for a clustered SQL server Back End was a restriction and did not match with the requirements related (also) to some kind of disaster recovery plan.

Lync 2013 makes a step forward, building on what was valid in the previous logics and using whole new solutions were they are necessary. The first huge improvement is related to the so called “Front End pairing”. I have created a presentation about this solution some time ago (http://bit.ly/XKCBzd) anyway what you need to know is that now your Standard Edition Front Ends (or your Enterprise Edition pools) can be tied and you are able to failover and failback users completely from one Front End to the other one with a simple Shell command. Some limits apply (pairing is supported only on similar Front Ends, so Enterprise Edition and Standard Edition mixes are not supported) but the result is really what you wish you had some years ago. The licensing has changed accordingly so that now there is no difference in the costs of a Standard or Enterprise edition of Lync. Obviously we are not talking about a “free lunch” because an Enterprise Edition deployment has a suggested minimum of three servers and you have to add the cost of at least one SQL server license to the amount. Talking about the Lync databases, we have another hot topic

The Lync Back End server (basically a SQL database hosting some of the Lync configurations and data) is really less important than it was in the past (and that’s why we are able to pair the Front Ends) but it is still mandatory for an Enterprise configuration of Lync. The high availability for Lync 2013 Back End supports:

Mirroring is interesting because it allows for geographically dispersed deployments and requiring no shared storage between the different SQL “nodes”.

There is no support fo SQL AlwaysOn, at the moment.

As I said, solutions used in Lync 2010 that were effective have been used also in Lync 2013. This is the case of the Lync roles “pools” that are still used to grant the availability of features such as Lync Edge, Mediation and Director (the last one being now more optional than ever). However something has changed also in Lync pools implementation. Monitoring and Archiving are no longer independent roles but are collocated with the Front Ends, so you do not need to create dedicated pools. Persistent Chat Server (a new role, interesting in scenarios where you need to create persistent “rooms” for users IM conversations) must be pooled too if you want to grant its continuous accessibility.

This last topic is not strictly related to the high availability but the aforementioned features (multiple trunks and inter-trunk routing) add a series of possibilities when planning an Enterprise Voice solution and the additional elasticity can be turned in a resiliency instrument. For example multiple trunks can be defined between a Mediation Server and a voice gateway or multiple Mediation Servers can route calls to the same gateway. Applying the right voice routing policies you will be able to create a series of solutions to use existing connections to the PSTN network or SIP trunks for continuity. Inter-Trunk routing enables the interconnection of two or more IP-PBX systems and this could be used as a way to add voice resiliency too.

The new features and possibilities we have seen here have a deep impact on the design of a Lync solution and on the perception of Lync as an enterprise ready solution. With the right design (and investment) every piece of the deployment can be made highly available and affordable, with a logic that is no more bound to a single site but can include also branch offices, disaster recovery sites and Cloud features too (hybrid deployments are part of the game now). You can stay assured that people will look with a growing interest to Lync now that the aforementioned possibilities are no longer only in the wish list. 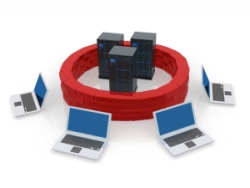 Firewall port requirements of the Lync 2013 internal clients. A table to configure and manage firewall rules requires to enable ... 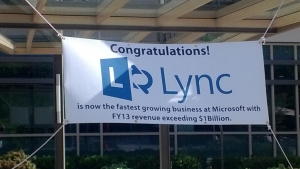 “Lync is now the fastest growing business at Microsoft”   “The productivity workload offerings of Exchange, Lync and SharePoint each ...