Microsoft defines a firstline worker as someone who serves as the “first point of contact between a company and the outside world.” They are “often the first to engage customers” and to represent the company’s brand

Firstline workers comprise over two billion people spread around the world, working in service- or task-oriented roles, spanning sectors such as retail, travel, hospitality, and manufacturing

About Fabrizio Volpe 95 Articles
I am an IT professional focused on Microsoft Teams, solution architect in Symity I have been awarded from Microsoft with the highly professional MVP award for Office Servers and Services: 2016 and 2017 Skype for Business: 2015 Lync Server 2013: 2014 Directory Services: 2011,2012 and 2013 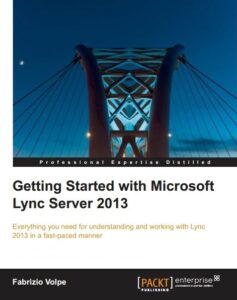 Getting Started with Microsoft Lync Server 2013