Modern Workplace English,Lync A Year of Lync Videos on YouTube: After Action Report

A Year of Lync Videos on YouTube: After Action Report

The product at the time was in preview and also those who already had experience with the 2010 version of Lync had a lot to learn.

I had a few key points in mind when I started:

a) deal with technical topics, avoiding elements of pure marketing

c) use a native English reader, to prevent a non-perfect pronunciation that would make the use of video less simple

I like to reason with numbers, so here are the statistics for this year. To consider that due to other commitments, for almost three months I have not posted new videos 🙂

So we are talking about 125 views per day, and about 464 minutes watched every day (note that calculation of watched minutes is started months after the birth canal). 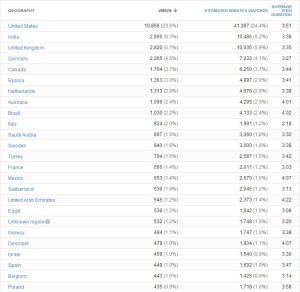 Visitors are mainly from English talking countries , but after the first three places, the composition varies greatly.

I would say, confirming the fact that the subtitles help.

Planning the Next 365 Days

The closure of this year still contains many projects, including a job that I care a lot with MVP Press ( Upgrading Skills to Microsoft Active Directory Domain Services 2012 ) and other commitments that I have to conceal for now.

Nevertheless, it seems that this type of work has its own utility, and so I hope to be able to produce at least one video per month.

One of the ideas I plan to realize, for example, would be a video to help users in the change from the Lync 2010 client to the Lync 2013 client.

I think that all channels are useful to help other people to deal with a complex product like Lync 2013.

The SPAM MAKER – How SPAM Comments Are Generated

Take a look to the basic process to create SPAM comments. ...

FortiGate Filters, Policies, and Endpoint Security. A Free Chapter from Getting Started with FortiGate

"Filters, Policies, and Endpoint Security" in a FortiGate is there for you to read. I am looking forward to ... 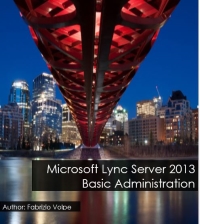